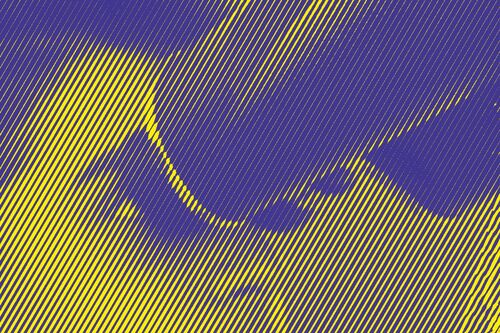 The art industry is at a crossroads. Never before have more people been engaged with art. Yet over the past decade the market has largely stagnated and the number of artworks trading annually has decreased. Galleries and auction houses are looking for new ways to survive and thrive, with online sales receiving increased attention, given the significant opportunity to connect with and cultivate new collectors.

Who are these online art collectors and how can the industry better serve them? This report unpacks the similarities and differences between online collectors’ spending patterns, motivations, and challenges, and compares them to those of traditional art buyers. It confirms some perceptions about online buyers and shatters others. Better understanding and supporting these online art collectors at every step of their journey will benefit the online art market, improve the health of the art market overall, and provide more opportunities for artists.

While each collector is guided by a unique set of decision-making factors when acquiring works, several key themes and demographic variances stand out.

Collectors were asked to rank the main reasons they purchase art, as well as the factors that motivate their decisions about individual artworks. 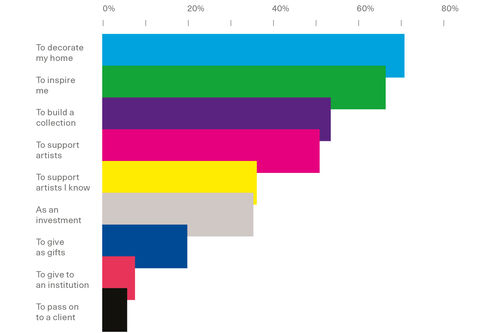 Aesthetics and a desire to live with art

Online art buyers overwhelmingly purchase art in order to live with it. Seventy-one percent of collectors surveyed said they buy art to decorate their home. Even for investment-minded collectors, this was the most frequently cited driver to buy art. The motivation here appears to be deeply personal in its origins: 67% of collectors—the second-largest group—reported buying art to provide a source of inspiration in their daily lives.

Similarly, when asked about the biggest factors to consider when making a purchase, collectors reported aesthetics as the most important, cited by 78% of respondents—three times the number that cited an artwork’s potential to increase in value as a key motivating factor.

A passion for artists and their stories

In interviews and answers to the survey’s free-response questions, collectors indicated that a work’s aesthetic appeal is frequently the gateway to a deeper exploration of the artist and their career. Among active art buyers identified in the survey, only approximately 17% reported buying art without significant consideration for the works’ content or the artist’s background or career trajectory.

As one collector stated, “There’s definitely work where I just see it and like it, and I don’t really care if the person is ever going to be worth anything, and I’ll buy it. But that’s become less and less common.”

While both factors ranked highly, collectors seem to be relatively more motivated by the subject matter and story behind the individual work (58% of respondents) than they are by the artist’s story and background (43% of respondents). Some of the interviewed collectors explained that this tendency is due to artists frequently working in multiple series with varied subject matter. And while conventional art-world behaviors see a majority of attention placed on storytelling about artists and their careers, this data suggests that equal attention—if not more—should be placed on going in-depth about individual works online.

When analyzing their reasons for collecting, the fourth and fifth most frequently cited motivations by online art collectors were to support artists and artist friends, with 51% and 36% of respondents, respectively. Both factors were particularly prevalent among Gen-Z buyers. This finding is consistent with broader consumer trends suggesting that Gen-Z consumers are more likely to be motivated by how the brands—in this case, the artists—they consume relate to their personal identity and community, as well as causes they care about.

This diverges significantly from the Gen-X consumers currently among the online art market’s biggest spenders, who are more frequently motivated by status and a brand or artist’s mass relevance.

Consistent with online art collectors’ relatively modest average budgets, affordability was the second most frequently cited factor that influences buying. This finding remains consistent across all age ranges besides 45–55 (when budgets are also highest), and all but the two highest and three lowest segments of net worth (above $5 million and below $10,000).

One explanation offered in interviews conducted after the survey is the propensity to collect at an increasing volume, and, in some cases, to buy more expensive works as net worth increases. Collectors’ passion for art appears to be a driving factor here: Multiple interviewees mentioned continually pushing the limits of what they can afford as their wealth increases—climbing up lists of artists they had been following, but whose works had previously been financially out of reach.

As one collector who reported spending $10,000–$24,000 on art annually noted, “[When] I started, I bought things that I could afford that really spoke to me, and then luckily as my potential grew, so did my art purchases.”

Additionally, interviews demonstrated a propensity among collectors to think of affordability not only in terms of their current budget, but also how well priced an artwork is relative to what they think is fair, based on the current market. Collectors expressed demand for more data to inform this estimation. “I don’t have a perfect idea if I’m getting a great deal,” said another collector, “but I know where my limit is, and I’m willing to stop.”

Contrary to what might be inferred from large swings in the value of certain types of art (such as the recent move towards figurative painting), trends were the least frequently cited factor driving online art collectors, at just 9% of respondents. This is consistent with the previously mentioned propensity among the majority of collectors to focus on aesthetics and individual taste when buying.

Age and net worth were not significant in determining collectors’ relative propensity to factor trends into their decision-making processes. But a subset of collectors who indicated a high affinity to the art world and were twice as likely to view art as an investment (across multiple factors in the survey) were also nearly twice as likely to rank trends as a key driver.

Survey respondents who identified as male or female showed variance in their motivations for buying art and in their purchasing criteria.

Women were 24% more likely than men to report being motivated by wanting to support artists, and 35% more likely to be motivated by artist friends. While decorating and inspiration were key factors for all respondents, women were marginally but still significantly more likely to cite these as motivating factors, responding at 9% and 14% higher rates, respectively. Meanwhile, men were 39% more likely to say that they buy art as an investment.

Art as an investment

Online collectors are 37% more likely to view art as an investment than collectors who have not purchased art online in the past. Investment was ranked sixth among the most important factors for buying art among online art buyers. However, while 35% of respondents said they buy art as an investment, only 26% said they evaluate individual works based on their likelihood to gain value.

This delta and focus on aesthetics among the sample supports the view that collectors are more likely to view art as a store of value and as a diversification tool within their wider portfolio than they are to speculate on individual artworks. In interviews, collectors most often said that an artwork appreciating in value is a welcomed incidental benefit, but not a core driver of their purchases. Collectors did, however, frequently express a desire to know that they could liquidate a work if necessary, ideally at around the price they purchased it for.

“I collect what I can afford, and that I think I can resell at some point,” said one collector who spends $5,000–$9,999 on art annually. “I think of it as my savings account on my wall. It should hold its value.”

Collectors’ likelihood to purchase art as an investment by age 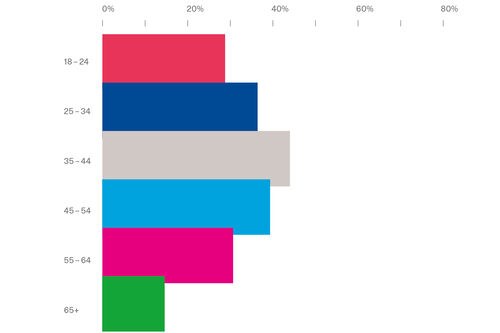 Along with the previously cited patterns in overall consumption among Gen-Z buyers, their lower propensity to view art as an investment may be attributable to their tendency to have lower budgets. Across respondents and subsequent interviews, budget—particularly on a per-artwork basis—has a strong correlation with a collector’s likelihood to purchase with the work’s future value in mind; the more a buyer is spending on a work, the more likely they are to be concerned with its future value.

Increasing art budget and wealth were found to be correlated with a decrease in affinity towards emerging art, providing further evidence to the argument that investment-focused collectors aren’t motivated by speculation, but by works that can hold value with low volatility.

Art Industry News: Is This Video Installation by Ragnar Kjartansson the Best Artwork of the 21st Century? + Other Stories

The Family Keepsakes Saved From Genocide

Art Industry News: Is This Video Installation by Ragnar Kjartansson the Best Artwork of the 21st Century? + Other Stories