In these divisive political times, words can't seem to keep pace with our anger.  Insults on social media are so prevalent that words have lost their sting.  Hyperbole is so overused that it no longer impresses,  so people have escalated to blatant lies instead. (As Nietzsche observed, "no one lies as much as an indignant man.")   Many people have given up searching for words that persuade, and settled for words to offend.

But no matter how numb we've become, when words are ineffectual as a means of expression, we can always rely on good ol' drawing to raise the decibel level.

Unlike words, drawing is not a polite game of grammar and punctuation.  Drawing gives us a much broader range of expressive tools.  In this sketch from Kollwitz's shattering series about the peasants' revolt of 1524, her strokes on paper are the visual equivalent of the arms flailing in rage and despair.

Goya's devastating series on the disasters of war expresses his rage and impotence with powerful  universal graphic forms that are far more compelling than words. 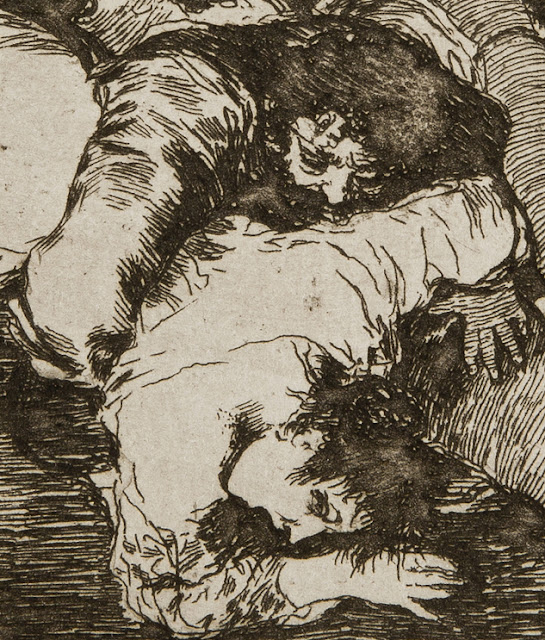 Amsterdam artist L.J. Jordaan penned this chilling reaction to the Nazi conquest of the Netherlands: 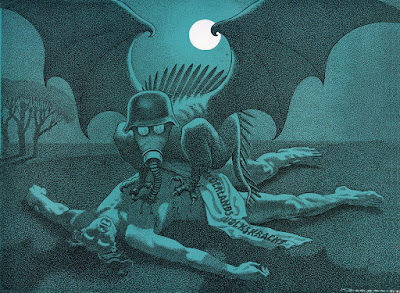 It's an image that sticks with you.

Oceans of words were written about the Vietnam war by many brilliant people, but Tomi Ungerer's basic drawing remains in people's minds. 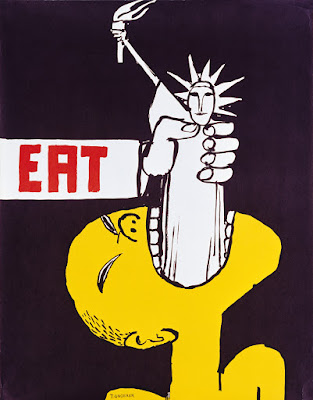 The talented Tom Fluharty could make a career out of his blistering portrayals of Hillary Clinton: 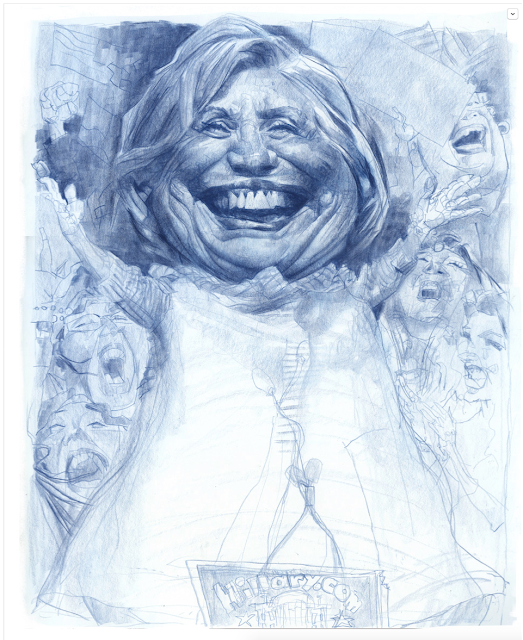 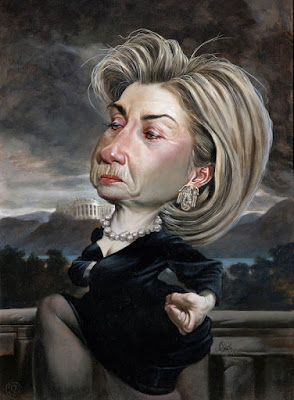 It is not enough for an artist to feel anger.  In fact, anger usually causes art to go astray; it creates a stress test for the connective tissue of art, and artists who aren't up to the task find that anger has left them with an ineffectual mess.  But artists with the ability to hold it together can channel their outrage into truly scalding works of art.

Today's climate has given rise to a chorus of talented, indignant artists, such as Michael Ramirez on the right and Ann Telnaes on the left.  But I can think of none more unsettling than John Cuneo.  His pen seems the sharpest, his ink the most acidic, his imagination the most original.

An artist friend told me about this drawing,  "Cuneo can always make me gasp before I laugh. The cartoon’s idea is just a crude taunt, but his willingness to really GO there and SELL it is, ...well, frankly, a bit scary. "

This powerful drawing of a poacher is an excellent example of what I mean by artistic powers strong enough to contain rage: 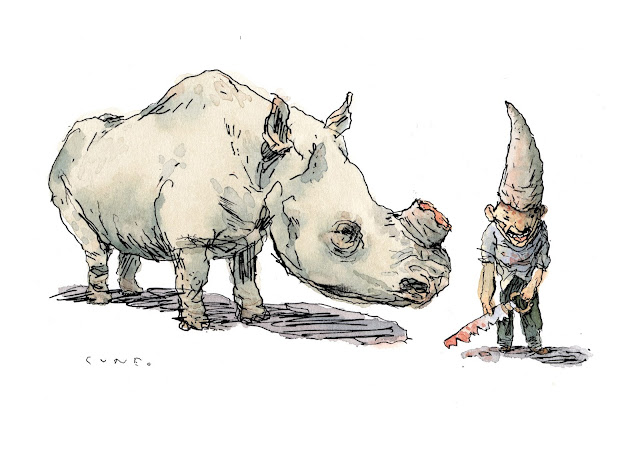 From Banksy’s Monkey Business to the Sad Statistics on Women’s Place in the Art World: The Best and Worst of the Art World This Week